Richmond, Virginia, is one of my favourite cities in the United States, and it’s a place of great culture and history. I appreciate any opportunity that I get to visit this fantastic city, and this blog post is dedicated to my favourite things that you can do in Richmond. I hope you enjoy reading about them, and I hope you make your way to Richmond very soon. 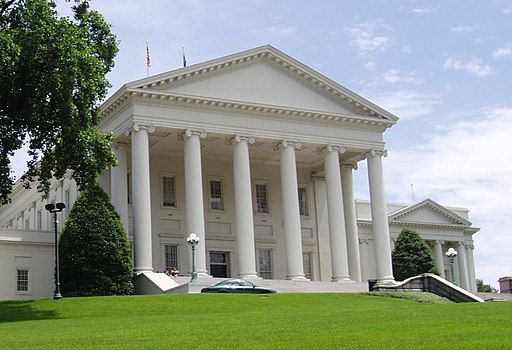 Photo of the Virginia State Capitol before renovations. Image via Wikimedia by Anderskev

You might not believe it, but Richmond is home to some of the best street art in the world! The streets are filled with walls painted by many aspiring local and international artists as part of the the Richmond Mural Project. Each year, artists from different parts of the world come to paint the walls in Richmond as part of this project. My favourite piece of street art would have to be “Moonshine” by Etam Cru, which depicts a woman bathing in a jar of strawberries. It’s as unreal as it sounds, but when you see it, everything will make sense.

There’s even a street art festival to celebrate the influence and beauty of street art in Richmond. This naturally includes music, craft beer, great street food, and markets. This festival takes place in a run-down part of Richmond, which it revitalises with street art. This is something you need to experience when you’re in Richmond, and it takes place every April.

This interesting and moving walking trail follows the history of the slave trade in Virginia through 1775 and in other parts of the South until 1865. The trail starts at Manchester Docks, which is located in the heart of Richmond. The trail also passes the location of former slave markets and ends at the First African Baptist Church. There are many interesting places to visit on the trail, and it’s a sombre reminder of a very dark time in the history of the United States.

This magnificent white building is located on the top of a hill. It’s the seat of the government of the Commonwealth of Virginia, and it’s home to the Virginia General Assembly, which was first established in 1619 as the House of Burgesses. Interestingly, the capitol was designed by Thomas Jefferson, one of the founding fathers of the United States and later the nation’s third president.

The building was originally constructed in 1788, but the one that stands today is actually the eighth version, due to several fires that occurred during the colonial period. One of the best things about the capitol is that it’s free to enter, so there really isn’t any excuse not to go if you’re in Richmond. Inside this fine example of Palladian architecture, you can even see a magnificent marble statue of Jefferson himself.

I hope that the things I love to do in Richmond have made you think about visiting what has become one of my favourite cities in all of the United States. Definitely go if you get the chance. I hope you enjoyed reading about Richmond!